Street Stories is an urban literature project which celebrates the area’s voices past, present and future. As part of Street Stories, a team of Leeds writers have written super-short stories to be displayed in public spaces, abandoned areas and prominent venues across Quarry Hill – including our SOYO site and on the fast-evolving Moda Living apartment block.  It’s core to the SOYO ethos to work closely with our neighbours, and artists in the city, especially on creative, inspiring projects like this.

The stories will be published guerrilla style – popping up in all different formats from banners, to vinyl stickers and even chalk painted murals, just waiting to grab the attention of, and empower passers by. But you’ll have to wait until the weekend of 14/15 August before we reveal where our Story will be unveiled. 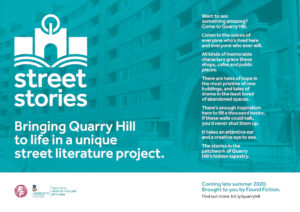 Found Fiction have selected four Leeds writers for the project based on their creative talent, and personal connections to Quarry Hill. 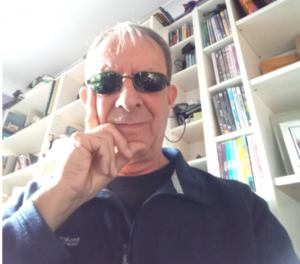 We’re lucky enough to have our story written by Chris Nickson – a historical crime novelist who has set 26 of his books in Leeds, covering a range of centuries, from the 1730s to the 1950s. He’s explored the Quarry Hill area and it’s history in depth, from the rumours of Romans to the heyday of the flats. The past of the city runs through his blood and we’re honoured to show his story to the people of Leeds.

Whilst we’re here it would be rude not to give the other fantastic writers a shoutout! 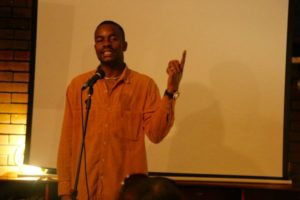 Taiwo Ogunyinka is a published poet, performer and organiser who grew up in East End Park, Leeds. For the past 10 years of his life he has passed through Quarry Hill on morning and home commutes. Taiwo’s personal experiences and growth as an artist have been supported by Quarry Hill, through performances at our neighbours The Leeds Playhouse, rehearsals at Munro House and events at The Wardrobe. 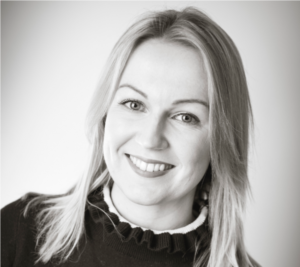 Sarah Whitehouse is a writer based in Leeds, weaving together the threads of the past, present and future of Quarry Hill. Living for the past five years in the 1850s East Street Mills, she loved the daily walk past the ghost signs of school cap makers and tailors painted on the exterior of the mill. Her flat is in the shadow of her grandad and great grandparents, who were part of the old St Patrick’s Parish, living and going to school nearby. Sarah has recently started a new job at Quarry House, where her dad also works. 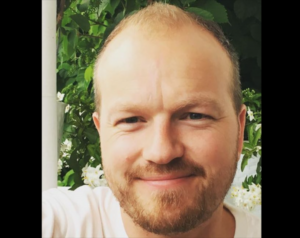 Mark is a writer, runner and baker, born and raised in Leeds (but bred here, there and everywhere!). His writing has included comics, journalism and the history of Yorkshire food. Many of Mark’s best memories of his grandma, Dorothy, were made in the Quarry Theatre of Leeds Playhouse. She would point out St Hilda’s down the road where his grandad, Jim, used to sing, not telling the nuns that he was really there for the free breakfast.

And then there’s Steve Clarkson – the force behind Found Fiction. Along with an army literary guerrillas Steve’s mission since 2013 is to bring the art of the short story to a new, unsuspecting audience.

Friday 17th July 2020 – one for the history books. After 16 pain staking years of ups and downs (5912 days to be precise), the mighty Leeds United are back where they belong in the Premier League under the guidance of the man, the myth, the legend – Marcelo Bielsa.

The victory means Leeds are set to secure an estimated £200 million, along with increased revenue from Sky Sports.

Along with promotion they’ve already secured a huge kit deal with sportswear giant Adidas and released a teaser campaign with fan favourite Burley Banksy, known for his painted homages to the club all around the city. The city has already embraced the win with Trinity Leeds renaming numerous streets after Leeds legends and independent businesses such as North Brewing Co collaborating with The Square Ball on a beer to celebrate the promotion. 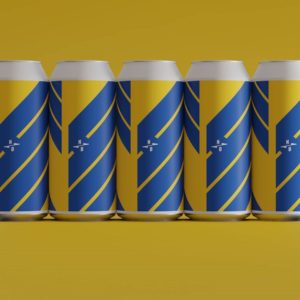 With this win comes an even bigger win for city – an influx of new teams, away fans, and even international fans means Leeds is about to be seen an a far bigger map than usual.

Premier league clubs on average allocate around 3000 seats for away fans, this means Leeds could see an influx of at least this number every couple of weeks hitting the city – and they’ll be needing places to stay, eat ,drink, and these industries will be key to securing returning custom to the city.

Food, drink, culture – as a city not only do we have it all, but we’ve got the best. The hospitality industry in Leeds oozes independence – something the city prides itself on. The increase of new of people visiting means these bars, restaurants and overall experiences are going to be more in demand than usual – an exciting prospect after the difficulties that have been cast over the industry in 2020. 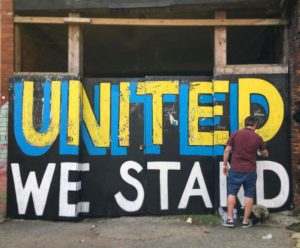 In the past football, and its supporters have often caused a divide, especially within hospitality – but times and fans have changed. We, as a city need to embrace what this promotion brings in order to grow and thrive with the club.

If all goes well, we can expect to see spectators back at live games from the beginning of August and we will be ready to show off our city to new visitors. Hopefully our theatres will be back in operation or at least ready for when these all these people, who have fallen in love with our great city, and they will – come back with friends and family to sample all the delights we can offer.

This is a great opportunity for Leeds and we are ready to grasp it with both hands.

This website uses cookies to improve your experience while you navigate through the website. Out of these, the cookies that are categorized as necessary are stored on your browser as they are essential for the working of basic functionalities of the website. We also use third-party cookies that help us analyze and understand how you use this website. These cookies will be stored in your browser only with your consent. You also have the option to opt-out of these cookies. But opting out of some of these cookies may affect your browsing experience.
Necessary Always Enabled
Necessary cookies are absolutely essential for the website to function properly. These cookies ensure basic functionalities and security features of the website, anonymously.
Functional
Functional cookies help to perform certain functionalities like sharing the content of the website on social media platforms, collect feedbacks, and other third-party features.
Performance
Performance cookies are used to understand and analyze the key performance indexes of the website which helps in delivering a better user experience for the visitors.
Analytics
Analytical cookies are used to understand how visitors interact with the website. These cookies help provide information on metrics the number of visitors, bounce rate, traffic source, etc.
Advertisement
Advertisement cookies are used to provide visitors with relevant ads and marketing campaigns. These cookies track visitors across websites and collect information to provide customized ads.
Others
Other uncategorized cookies are those that are being analyzed and have not been classified into a category as yet.
SAVE & ACCEPT
Powered by